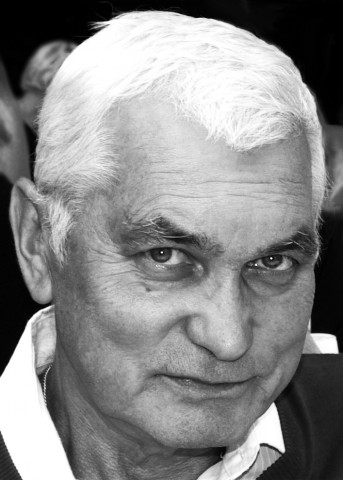 Vadim Constantinovich Mushtak, renowned for his work in radio physics and atmospheric electricity, died on 25 September 2013 in an automobile accident in Walker Valley, N.Y. He was 65. Vadim was a world expert in extremely low frequency (ELF) wave propagation and the Earth’s naturally occurring Schumann resonances (SR)—quasi-standing electromagnetic waves trapped in the Earth-ionosphere cavity.

Vadim was born in Sukhumi, a city on the Black Sea, in 1947. He excelled academically, graduating from high school with a gold medal for excellence. At 16 years old, he traveled to Leningrad, passed university entrance exams, and enrolled in Leningrad State University, one of the leading educational institutions in Russia. Vadim interrupted his studies in physics for compulsory service in the Soviet Army in Siberia, during which time he became interested in and began to learn foreign languages. Soon after, he returned to Leningrad to resume his studies and met the love of his life, Nadezhda. They were married in 1974. Their only daughter, Elizaveta, was born in 1975.

Vadim graduated in 1974 from the radio physics department at Leningrad State University (now St. Petersburg State University) and began to work for the very low frequency (VLF) laboratory at the university under the supervision of Eduard Hynninen. Vadim’s research focused on the inverse electromagnetic problem, in particular, on finding the lower ionosphere properties by using the SR and the Q-burst data in directed work involving theoretical contributions from the Kharkov research group (Institute of Radio Physics and Electronics of the Ukrainian Academy of Sciences), headed by Pavel Bliokh and staffed by Alexander Nickolaenko.

In this work, Vadim took on complicated conductivity profiles containing many layers and, later, the vertical profiles of electron and ion content. Simultaneously, he took part in processing experimental data aimed at obtaining records of SR with a horizontal wire electric antenna extended from the buildings of the Institute of Physics at the University at Peterhof. The group succeeded in the detection of SR and some man-made signals, such as the “weekend effect” in the amplitude of the North American 60-hertz power line signal. Another goal of this work was the detection of the Soviet ELF radio transmitter Zeus on the Kola Peninsula.

Much attention in the 1960s and 1970s was devoted to the modeling of global ELF radiowave propagation with two-dimensionial (2-D) telegraph equations, a great simplification of the 3-D structure of the Earth-ionosphere cavity. This approach was developed at Leningrad State University by Vitaliy Kirillov, assisted by Vadim and Valeriy Kopeikin. Kirillov pioneered the Soviet variant of this formalism, which was also developed as the transmission line approach in the United States by Theodore Madden at the Massachusetts Institute of Technology (MIT). Vadim made important physical connections later on between the telegraph equations and the analytic two-layered ionosphere model of Phyllis and Carl Greifinger.

In 1991, Vadim took part in an expedition of the Academician Vernadsky research vessel across the Black Sea, the Mediterranean Sea, and the Atlantic and Indian oceans. The vessel circumnavigated the lightning-active African continent. The ELF-VLF data collected in the open sea during the expedition proved to be useful in advancing the knowledge of radio propagation and lightning sources in these frequency bands.

In 1992, Vadim participated in the 10th International Conference on Atmospheric Electricity, held in St. Petersburg, where he became acquainted with many foreign colleagues, including Earle Williams, with whom he collaborated at MIT after emigrating to the United States with his family in 1997. Vadim was granted U.S. citizenship in 2008 as a scientist with extraordinary abilities; he became a member of AGU and the Institute of Electrical and Electronic Engineers.

Building on theoretical work by the Greifingers and motivated by the consistent observation that the quality factor of SR resonant modes increased monotonically with frequency, Vadim developed in 2002 the now popular “knee” model for a uniform Earth-ionospheric cavity. This work reinforced the earlier idea that the ion-dominated conduction regime in the C layer of the ionosphere was markedly affecting wave propagation at SR frequencies. Vadim moved beyond the uniform cavity and championed the day-night asymmetry of the ionosphere to address puzzlements about the ranking of the lightning source strengths in the three major tropical continental regions.

In 2005, he modeled the change in the upper characteristic height of the ionosphere in response to changes in solar X radiation over the 11-year solar cycle to account for worldwide changes in the modal frequencies of Schumann resonances. In 2007, he collaborated with Phyllis Greifinger on theoretical extensions of the two characteristic heights for daytime and nighttime conditions. His most recent efforts were focused on the use of this day-night model for the cavity, together with ELF observations generously contributed by ELF observatories around the world, to invert the multistation background observations for the global lightning activity. Vadim’s adept merging of mathematical theory with a skillful treatment of the observations had carried him quite far on this challenging problem.

Vadim dedicated his life to science and was guided by the principle that theory must always be firmly coupled with experimental research. In addition to his scientific abilities, he was a man of diverse talents and believed that a person must live a full, rich life. He mastered multiple languages and was an able translator. He worked for the Leningrad Public Library and the Chamber of Commerce in the translation of scientific works. It is not widely known that over the past 20 years, Vadim worked on the translation of a series of fundamental Lutheran books into the Russian language, using Latin, Old German, and English sources. These publications now serve the Lutheran community throughout Russia. Vadim completed the last translation just 3 months before his death.

An accomplished scientist and researcher, a language enthusiast and a talented translator, a devoted family man—a son, husband, father, and grandfather—Vadim will be missed by many colleagues worldwide and especially by his family. He is survived by his wife, Nadezhda; daughter, Elizaveta; and grandsons, John and Alex, all living in New York.

Upward Lightning Takes Its Cue from Nearby Lightning Events