Forest Recovery in the Amazon Is a Slow Process

For the first time, a study analyzes Amazon forest loss and recovery at national and subnational levels. One finding shows that new plantings offset less than 10% of emissions associated with deforestation.
Read More »
Natural Hazards

Volcanologists have historically focused on the risks of large-scale eruptions, but new research highlights how small eruptions can combine with human-made vulnerabilities to cause catastrophic impacts.
Atmospheric Sciences

A new study found significant increases in the intensity, frequency, and duration of cyclonic storms over the Arabian Sea. Is the west coast prepared?
Subscribe View More News » 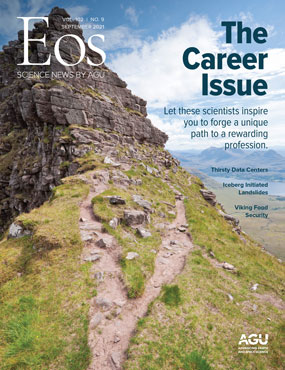 Postcards from the Field 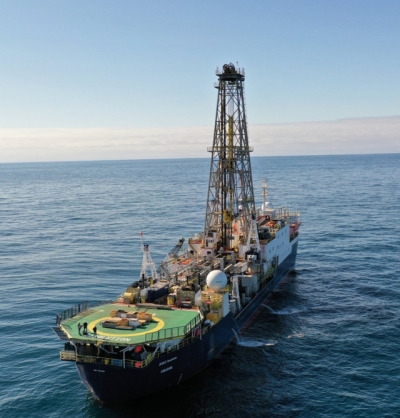 From the North Atlantic, bobbing from the Norwegian Sea, the scientists of IODP Expedition 396 send their greetings! Off the decks of the JOIDES Resolution, we’re drilling into the seafloor thousands of meters below the sea surface with the hopes of solving a decades-old climate mystery — what caused the last major global warming event, the Paleocene-Eocene Thermal Maximum.

One leading theory proposes the PETM was caused by a short burst of intense volcanic activity in between what is now Iceland and Norway. Huge flows of magma in the region might have released methane from organic materials in overlying sediment layers, which could have spiked global carbon dioxide levels and contributed to raising global temps by 5 to 8 degrees Celsius.

By studying core samples of igneous and sedimentary rocks, the scientists hope to figure out just how this period of volcanic activity was linked to the PETM. The data collected will also help us understand the future facing Earth today as we experience a similar, albeit human-caused, warming.

Get Eos in Your Inbox

Get updates from Eos delivered to your email inbox! Sign Up >>