Ores are naturally occurring materials from which minerals or aggregates of value can be extracted at a profit. A new book, Ore Deposits: Origin, Exploration, and Exploitation, recently published by AGU, is a compilation of diverse case studies on new prospects in ore deposit geology. Here, the editors provide a snapshot of some new ore genesis concepts and describe new methods for mineral exploration.

Where are different ore deposits found?

Metals are found in many parts of the Earth’s crust but only become a useful commodity when sufficiently concentrated in an accessible place from where they can be profitably extracted.

Some strategically important metals, such as iron, aluminum, magnesium, titanium and manganese, are abundantly distributed in the Earth’s crust and only require a relatively small degree of concentration in order to make a viable deposit.

By contrast, base metals such as copper, zinc and nickel are more sparsely distributed and average crustal abundances are only in the range 30–70 parts per million.

Viable deposits of the base metals only occur after they have been concentrated by factors of several hundred times relative to average crustal rocks.

And typically, precious metals such as gold, silver and platinum are even more sparse and occur at abundances of just a few parts per billion in normal crust; for example, economically viable gold deposits will only form once this precious metal has been concentrated by factors of 1000 to 2000 times.

What are the most sought-after ores in contemporary society and what are they used for?

What are some of the challenges of extracting these ores?

While such resources are of critical importance to the global economy, many are only mined in a few countries, which consequently have a quasi-monopoly on their production. Some of these countries are politically unstable, which poses a challenge for the sustainable supply of these strategic resources. In some cases, they are classified as a “conflict mineral” because their sale is used to support armies or rebel groups in war-torn regions. Furthermore, these resources are not always exploited in a sustainable way that respects humans and the environment.

How can geoscience support the more sustainable extraction of ores?

A thorough understanding of the geological processes that cause the formation of ores and influence their levels of concentration in the Earth’s crust is important both for the responsible custodianship of existing mineral resources and for the discovery of new mineral resources.

Scientific research can also contribute to the development of new discovery methods and technologies that will enable alternative supplies of mineral resources to be economically exploited in the future.

The exploitation of ores located at greater depths in the crust is one of the biggest challenges, not only in terms of the technical difficulty but also safety concerns and environmental impact. In such instances, geophysicists can help to better decipher the extent and geometry of the minerals, as well as detect the presence of tectonic features that could pose problems during mining at depth.

What do you think are the most exciting opportunities and greatest challenges in the future of mineral exploration?

Searching for new areas for ore exploitation and the development of techniques enabling the exploitation of ores in extreme environments, such as deep-sea mining, are exciting issues. Exploitation in densely populated countries and in areas of high ecological interest constitutes another big challenge.

Thanks to new exploitation techniques, exploration with minimal environmental impact and limited landscape disturbance is being considered in locations including the vineyards of Porto, Portugal, which is a UNESCO World Heritage Site, and at Mittersill mine, Austria, which is close to a national park. 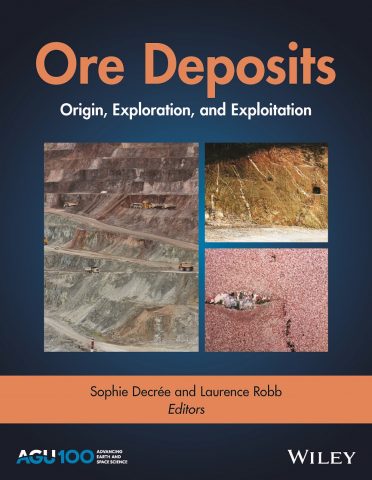 The materials that are most sought-after today are not those that were used yesterday, and they will surely change in the future according to technological developments and societal needs. This requires continuous and responsive research on ore deposits.

Climate Clues from One of the Rainiest Places on Earth

Climate Clues from One of the Rainiest Places on Earth