Oil and gas remain an integral part of today’s world and new reserves are being found, as are methods for extracting them. The editors of a new book, published by the American Geophysical Union in March 2017, answer some questions about developments in the field of oil and gas exploration.

Why is this topic timely and important?

According to BP’s Statistical Review of World Energy, world primary energy consumption grew at an average annual rate of 1.5 percent between 2010 and 2015. and reached 13,147 million tons of oil equivalent in 2015 [BP, 2016]. But world oil consumption is continuing to increase while new oil discoveries decrease. Although there has been increasing adoption of renewable energy sources, gas and oil are still essential to fuel and produce a wide range of human activities and products. Thus, new technologies are necessary to find and access new reserves.

What methods are used to locate new oil and gas deposits?

To locate potential deposits, explorers use a range of techniques to scan the subsurface. “Seismic prospecting” is the most widely used geophysical technique in hydrocarbon exploration. It sends artificially created elastic oscillations (seismic waves) though the rock strata which can create a “map” of the structure of deposits. “Well logging” is another commonly used method that consists of making a detailed record of rock and fluid properties to find hydrocarbon zones in the geological formations crossed by a borehole.

“Gravity surveying” measures spatial variations in the Earth’s gravitational field which originated from differences in the density of sub-surface rocks. Oil- or gas-bearing rocks have lower density than similar water-containing rocks thus the task of geoscientists is to find locations with abnormally low gravity. Meanwhile, “magnetic prospecting” measures the Earth’s magnetic field in the different magnetic conductivity of rocks. Airborne magnetic surveying enables the identification of anticlines which are natural geological traps for migrating hydrocarbons at large depths.

Another method is “geochemical prospecting” which is used to look for hydrocarbon deposits. This is based on analyses of the chemical composition of underground water and the content of dissolved gases and organic matters within it. Concentration of these components in water increases as it approaches the deposit.

How can new technologies more accurately estimate the size of new oil and gas deposits?

One new technique is the use of three-component measurements of geoacoustic signals from hydrocarbon deposits which makes it possible to solve a wide spectrum of problems through the control of oil and gas borehole exploration. Another is the combining of mobile technology of frequency resonance and remote sensing data which can be used for the “direct” prospecting and exploration of ore mineral and fossil fuels. Meanwhile, the study of magnetic features of the rock increases the provides the possibility of deep structural forecast. There is also the electromagnetic method with a controlled source that helps to reveal disintegration zones (considered as indicators of massif stability) and to understand the reason for the low productivity of oil recovery from boreholes. 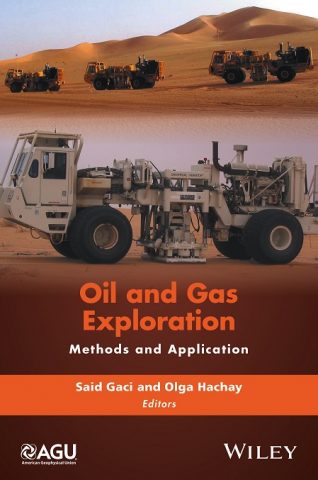 What are some of the practical problems with exploring and mining new oil and gas deposits?

Anomalies in oil and gas deposits caused by various structural geological factors are a persistent issue. While different exploration techniques can enable the identification of such anomalies, the integration of all the available data on anomalies in a particular location can lead to more efficient exploration. Additional methods such as subsurface geologic mapping, drilling, and seismic prospecting are needed to further define whether anomalies are real or false and to accurately establish a realistic geological model.