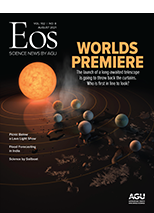 If exoplanets were comic book characters, the first few ever confirmed would have been greeted with cries of “Zounds!” or “Zowie!” or even “Gadzooks!” Not only were these worlds unlike anything in our own solar system, but they were unlike anything scientists had even pondered. The first two were chunks of rock orbiting a pulsar, the remnant of an exploded star. The next one was a gas giant orbiting at just a fraction of the distance between the Sun and Mercury—so close that the planet’s outer atmosphere was heated to more than 1,500°C.

Astronomers have since added more than 4,000 confirmed exoplanets to the list (although the exact number depends on which list you check). Thousands more await verification.

Most of those worlds fit into a few major categories, some of which are alien to our own neighborhood. According to NASA’s exoplanet catalog, for example, there are more than 1,300 super-Earths, which are pretty much what they sound like—rocky planets a few times the size of Earth. Hundreds more are mini-Neptunes, which are bigger than super-Earths but smaller than Neptune, the Sun’s most distant major planet.

Some exoplanets don’t fit into the major categories, though. They are the oddballs. And like many oddballs, they can be more interesting than the conformists.

The first two confirmed exoplanets, discovered 3 decades ago, remain among the oddest and rarest of all: “zombie” planets that probably were born after their star died. Both orbit the pulsar PSR B1257+12. A pulsar is a rapidly spinning neutron star, the corpse of a massive star that exploded as a supernova. As the neutron star spins, it emits pulses of energy that form an extremely accurate clock—and provide clues for exoplanet hunters. The tug of an orbiting object alters the timing of the pulses a tiny bit, revealing a planet’s presence.

Astronomers have discovered a handful of other pulsar planets (including a third for PSR B1257+12). Pulsar timing is so precise that it can reveal orbiting objects as small as asteroids, so the dearth of discoveries suggests that pulsar planets are rare.

It’s unlikely that planets could survive a supernova, so astronomers say these must be “second-chance” planets. They may have formed from debris from a pulsar’s destroyed companion star, such as a white dwarf. “If the star is in a binary with a low-mass star or a compact companion, the pulsar irradiates the companion and the companion evaporates,” said Rebecca Martin of the University of Nevada, Las Vegas. “This can lead to a runaway effect where the companion is dynamically disrupted and forms a disk around the neutron star. Planets may form from this disk.”

The first exoplanet found orbiting a star in the prime of life, similar to the Sun, was just as shocking as the pulsar planets (and earned its discoverers a share of the 2019 Nobel Prize in Physics). Exoplanet 51 Pegasi b is roughly half the mass of Jupiter, the giant of our solar system, yet is close enough to its star that it orbits in just 4 days (compared to 12 years for Jupiter). That makes the planet extremely hot.

And 51 Pegasi b is not even the most extreme “hot Jupiter.” Of the few hundred known examples, some are many times Jupiter’s mass, one orbits its planet in just 18 hours, and some are being blasted by so much stellar radiation that their atmospheres are eroding into space. And although 51 Pegasi b was a true oddball when it was discovered, the roster of hot Jupiters has grown so large that these worlds form a category all their own. (A swelter of hot Jupiters, perhaps?)

Such worlds are hard to explain. Close to a star, temperatures should be too high, and stellar winds should be too strong to allow a planetary core to sweep up enough hydrogen and helium to grow that big.

Most astronomers have hypothesized that hot Jupiters formed farther out in their solar systems and migrated inward. As often happens in comics, though, one character can disrupt the entire narrative. HIP 67522 b, which orbits once every 7 days, belongs to a star that’s only about 17 million years old—hundreds of millions of years younger than most hot-Jupiter hosts. It seems unlikely that the planet could have formed far from the star and then migrated so close in such a short period of time. So scientists may have to go back to the drawing board to explain at least some hot Jupiters.

Kepler-51 hosts three planets, all of which are oddballs. They are a few times the mass of Earth but roughly as big as Jupiter. That makes them not much denser than cotton candy.

The star Kepler-51 hosts three planets, all of which are oddballs. They are a few times the mass of Earth but roughly as big as Jupiter. That makes them not much denser than cotton candy. The Kepler-51 worlds are among a dozen or so confirmed “super-puff” planets.

Although some hot Jupiters have been puffed up by the heat from their nearby stars, super-puffs are much cooler, noted Jessica Libby-Roberts, a graduate student completing her Ph.D. at the University of Colorado Boulder. That temperature difference means the super-puffs must be inflated by some other mechanism.

Kepler-51 is a relatively young star, so its planets could be puffed up by the internal heat left over from their formation, Roberts said. Other super-puffs could have formed in “a really weird” region of the disk around the star where they could grab a lot of gas in a hurry. However, super-puffs might not be especially puffy at all. Instead, high haze layers or wide bands of rings might make them appear much larger than they really are.

Except for the planets of Kepler-51, most known super-puffs are the most distant members of multiplanet systems, Roberts said. If they really are puffy, then “either super-puffs need to form really far from their stars before migrating inwards, or they need to end up at a distance far enough from their stars to hold on to all that hydrogen-helium atmosphere, or a combination of both,” Roberts said. “There is still a lot to be done in this area.”

Some exoplanets fit into more than one “oddball” category. WASP-17 b, for example, is a super-puff. It’s half as massive as Jupiter but twice as wide, making it one of the largest and cotton-candiest planets yet discovered. It’s also a “wrong-way” exoplanet, orbiting in the opposite direction from its star’s rotation on its axis—one of only a handful of such planets yet seen.

Scientists suggest that WASP-17 b (and other retrograde planets) could have performed an about-face as the result of the gravitational influence of another planet­, through either a single especially close encounter or a more gradual long-range nudge.

If planet hunters could visit any fictional world of their choosing, there might be a mad dash for Tatooine, the home world of Luke Skywalker. The first Star Wars movie featured an iconic view of Luke watching twin suns set over the desert. Today, any planet found to orbit both members of a binary star is instantly compared to that famous world.

Although quite a few planets are known to orbit one member of a binary, circumbinary planets are about as common as stormtroopers who can shoot straight—astronomers have cataloged roughly a score of them. (One of them, Kepler-64 b, orbits one binary in a two-binary system, giving it four stars).

The known circumbinaries should remain in stable orbits for “at least 100 million years,” according to Jerome Orosz of San Diego State University. Some of the planets even lie within their host stars’ habitable zone, where conditions are most comfortable for life. “It’s obviously more complicated than the habitable zone for a single star,” Orosz said. “In particular, the habitable zone around a binary star moves as the two stars orbit….Keep in mind that the known circumbinary planets are gaseous, with diameters in the range of Neptune’s to Jupiter’s. Those planets probably won’t be habitable. There are no Earth-like planets known to be in circumbinary systems.”

The search for Tatooines in other systems continues, however—perhaps leading to more zowies or zounds in the years ahead.