Coastal ecosystems worldwide support an estimated 80% of the global annual fish catch and provide an estimated US$12 trillion in socio-economic benefits known as “ecosystem services,” so it’s vital to understand how their characteristics influence how they are changing. Twenty years ago, a comparative study of two coastal ecosystems – the Chesapeake Bay and the Northern Adriatic – looked at common issues including nutrient pollution, overfishing, and inter-jurisdictional management. Coastal Ecosystems in Transition: A Comparative Analysis of the Northern Adriatic and Chesapeake Bay, a new book recently published in AGU’s Geophysical Monograph Series, provides an update to that study, examining the two locations again as they face increasing anthropogenic pressures and climate change. We asked the book’s editors some questions about how these coastal ecosystems have been changing, what the future may hold, and how the findings apply to coastal ecosystems in other parts of the world.

What makes the Chesapeake Bay and the Northern Adriatic appropriate for a comparative study?

The CB and the NA exhibit a range of similarities and differences in terms of physical, biological, and environmental characteristics, which allow for an informative comparative analysis. Freshwater and nutrient inputs to both systems are dominated by one river (the Susquehanna River in the CB and the Po River in the NA) with similar mean annual freshwater flows. Both systems drain watersheds of similar size (CB – 166,530 km2, NA – 110,600 km2), support extensive industrial agriculture (CB – 23% of the watershed area, NA – 27%), and host populations of similar size (about 18 million living in the CB watershed and 20 million in the NA watershed).

In other respects, the two ecosystems significant contrasts. The CB is a shallow, long, narrow, well-stratified estuary that is relatively isolated from the coastal ocean. The NA is a wide, relatively deep, less well-stratified system that is more open to exchange with coastal ocean waters of the southern Adriatic Sea and Mediterranean Sea.

In terms of biological production, mean phytoplankton primary production is about 5 times higher in the CB than in the NA. Despite this difference, current fish landings are similar (200,000 tons per year from CB and 185,000 tons per year from the NA). Thus, a larger fraction of phytoplankton production supports fisheries in the NA compared to the CB where a larger fraction is metabolized by heterotrophic bacteria making the CB much more susceptible to eutrophication.

Most river-influenced, semi-enclosed coastal ecosystems in the world fall somewhere in the continuum from the CB to the NA in terms of the impacts of nutrient pollution. Thus, the results of our analysis can be compared with other locations that are strongly influenced by river runoff, human activities, and climate change.

What have been the most striking changes observed in the CB and the NA in the two decades since your first comparative study?

Both locations have experienced changes brought about by human activities and ongoing climate warming which are affecting critical habitats and ecosystem services. While both systems have experienced reductions in nutrient loading and associated signs of seagrass recovery, only the NA has experienced a decreasing trend in phytoplankton biomass in the last two decades.

How has climate change impacted, and may continue to impact, these coastal ecosystems?

Climate-driven changes include ocean warming, sea level rise, increases in the intensity of wind events and associated storm surge, and changes in annual rainfall (projected to increase in the CB and decrease in the NA watersheds). These changes will continue to alter the physical environment in both systems for decades.

There are also likely to be a range of ecological consequences. For example, we expect to see a loss of species due to northward migrations, invasions of warm water species from the south, and shifts towards smaller, lower trophic-level species.

We anticipate continued loss of coral reefs (NA) due to bleaching events and loss of tidal marshes due to sea level rise and increases in the intensity of tropical storms (CB) and the scirocco wind (NA). While NA is likely to see decreases in nutrient pollution, increases are likely in the CB; and, while phytoplankton and bacterioplankton production will likely decrease in the NA, it will increase in the CB. These changes to the ecology of each system will, in turn, impact their capacity to support biodiversity, fisheries, carbon sequestration, and other ecosystem services – especially in the CB.

Your study covers a variety of topics including water circulation, nutrient pollution, nutrient cycling and water quality, critical habitats, food‐web dynamics, and fisheries. Did you find any common themes running through these topics?

River runoff transporting anthropogenic nutrients into the coastal areas are the primary drivers of ecosystem degradation in both places. Due to differences in basin geometry, volume, and circulation, the NA is more resilient to nutrient pollution than the CB as indicated by the high ratio of fish landings to phytoplankton production in the NA relative to the CB. The effects of anthropogenic nutrient loading cascade through food-webs from phytoplankton to fish due to changes in the availability of food (phytoplankton production) and the extent and condition of critical habitats.

Add to this climate-driven warming, which favors the growth of small species. The rate of warming is 3 times faster in the CB than in the NA. Due to its shallow depth and two-layered estuarine circulation, nutrient recycling via bacteria supports a much larger fraction of primary production in the CB than in the NA. This may help to explain why fish landings are similar in both systems while nutrient inputs to the NA is more than twice that to the CB – and why the CB is more susceptible to nutrient pollution and degradation of water quality.

How are your findings relevant to those living in the coastal zone of the Chesapeake Bay and the Northern Adriatic? How might their lives and livelihoods change in the coming decades?

Coastal communities and critical coastal habitats are at risk from sea level rise which is already causing increases in the frequency of coastal flooding and erosion. Coastal communities will be subjected to stronger storm surges and higher floodwaters that inundate major cities (e.g., Baltimore, Norfolk, and Ocean City) and agricultural land.

In the NA, sea level rise and increases in the strength of Sirocco is causing an increase in the frequency of floods in Venice. St Mark’s Square now floods more than 60 times a year, up from four times a year in 1900. Recent storms reportedly helped cover over 70% of the city in water, which rose by up to 156 cm above its normal level. Without effective intervention, within 50 years this kind of flooding could occur with nearly every high tide. Some experts argue that Venice will be gone by 2100.

Coastal communities will be forced to move coastal infrastructure (e.g., roads, bridges, buildings, and sewage treatment plants) farther inland onto higher ground. The salinity of coastal estuaries will increase  contaminating groundwater. We are also likely to see continued loss of critical habitats, such as tidal marshes and mud flats, that support many species of birds, fish, and shellfish.

Through these studies, and the preparation of this book, what did you learn about the value of international collaboration? 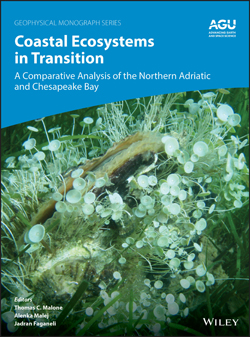 Comparisons of how coastal ecosystems respond to external pressures and how ecosystem services are managed are important for advancing our understanding of how these complex systems function and for learning best management practices.

A critical step in this process is to conduct international workshops and conferences that bring scientists, politicians, and managers together to compare notes and enable communications that advance scientific knowledge to the benefit of society as a whole. Communications should involve strong scientific leadership from stakeholder countries, as exemplified by the editorial team for our book and those who contributed chapters.

So that we can continue to learn from one another, we encourage follow-up comparisons that document the impact and cost-effectiveness of management decisions that are made to mitigate the impacts of nutrient pollution and climate change.

The Surprising Root of the Massachusetts Fight Against Natural Gas