Nitrogen is one of the most important nutrients in the environment, but its natural cycling has been significantly altered by human activities; specifically the release of excessive and harmful amounts of nitrogen from various sources including fertilizers, animal and human wastes, fossil fuel combustion, and mining. Nitrogen Overload: Environmental Degradation, Ramifications, and Economic Costs, a new book recently published by AGU, seeks to improve our understanding of the negative impacts of so much excess reactive nitrogen in the environment. Here the author, Brian G. Katz, a scientist who has spent the past four decades investigating the transport and fate of nitrogen in groundwater, springs, surface waters, and the atmosphere, gives an overview of the main issues.

Why is nitrogen an interesting element to study in the environment?

As dinitrogen gas (N2) it is the most abundant element in Earth’s atmosphere (and the air that we breathe) making up 78% of all gases by volume. However, rather ironically, this bountiful form of nitrogen (N2 gas) is unusable by most organisms.

N2 gas is essentially unreactive due to the strong triple bond between the nitrogen atoms in the nitrogen gas molecule. Fortunately, certain specialized nitrogen-fixing microorganisms in soils can transform or convert nitrogen gas to forms that are reactive and available to plants (e.g. ammonium, nitrate), thereby providing sustenance to all animal life on this planet. These transformation processes by microorganisms are referred to as biological nitrogen fixation.

When was artificial nitrogen first created, how has it been used, and what impact has it had?

Prior to the 19th century, the reactive nitrogen produced naturally by biological nitrogen fixation and abiotic processes (e.g. lightning) was balanced by plant uptake and nitrogen removal (denitrification) processes, and therefore did not accumulate in the environment.

As the human population increased substantially during the nineteenth century, there were two main demands for reactive nitrogen: fertilizers and explosives. To meet this demand, large amounts of nitrate nitrogen were mined from various sources including naturally occurring nitrate deposits, guano, and coal. However, by the end of the nineteenth century these sources could not support the growing demand for more reactive nitrogen.

A solution came in the early twentieth century when two scientists discovered a way to synthesize ammonia from nitrogen and hydrogen gases under high temperature and pressure (referred to as the Haber-Bosch process).

Industrial production of artificial nitrogen fertilizers has grown exponentially since the 1950s. They have been excessively used throughout the world with considerable benefits in terms of increased food production and reduced malnutrition but many negative consequences too.

What are some of the main environmental, health and economic impacts of nitrogen pollution?

As a society we must dramatically reduce our nitrogen footprint to prevent further degradation of the environments, as well as our health and economies.

What are some of the actions that individuals, communities and countries take to decrease their nitrogen footprint?

There are already efforts to increase nitrogen use efficiency and sustainability in agricultural systems, reduce the per capita consumption of animal proteins, and decrease fossil fuel combustion. In addition, we must develop more effective treatment of wastewaters from municipalities, mining, and industries.

Individuals can reduce their overall nitrogen footprint by decreasing the use of fertilizers on lawns, consuming less animal meat, properly maintaining their septic tanks, and minimizing food waste.

How can scientists work with stakeholders, such as the agricultural sector and policy makers, to address this environmental crisis? 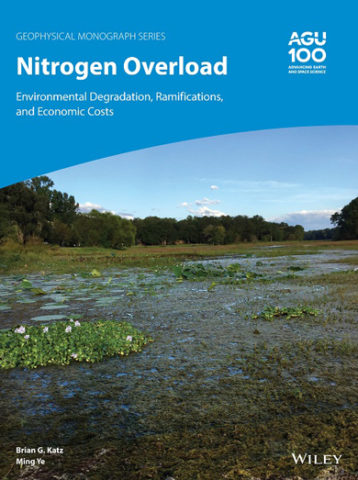 Scientists are developing a better understanding of how the various forms of nitrogen are transported through the atmosphere, hydrosphere, and biosphere. These insights can enable better management of reactive nitrogen releases to our waters, land, and atmosphere.

However, there needs to be more cross-communication between scientists and those who need to apply the knowledge. For example, in terms of developing innovative and more effective agricultural management practices, scientists need to share their research findings with the agricultural community and policy makers need to provide adequate funding for agricultural producers to implement them in a timely manner.

Food Security Lessons from the Vikings