The El Niño Southern Oscillation (ENSO) is a year-to-year fluctuation of the coupled ocean-atmosphere system that originates in the tropical Pacific. Warm El Niño and cold La Niña phases of ENSO alter atmospheric and oceanic circulation, weather patterns, and extreme events, affecting human and natural systems around the world. ENSO variability and its profound social and economic consequences are occurring today in the context of a global climate system that is rapidly changing.

El Niño Southern Oscillation in a Changing Climate, a book recently published by AGU, presents the latest advances in ENSO research, including theories, models, observations, paleo-reconstructions, seasonal prediction, future projections, teleconnections, and some of the most pronounced environmental and ecological impacts. Here, the editors of the book give an overview of our current understanding of how ENSO might change in the future, and what research challenges remain.

Has ENSO already changed due to climate change?

Reliable instrumental records are still relatively short to separate climate change impacts on ENSO from natural variability. There are suggestions, however, based on paleo records and models, that changes in the ENSO cycle may have already occurred. Also, because of the warming background conditions on which ENSO events develop, some ENSO impacts are being amplified, as happened during the 2015-16 El Niño. That event resulted in the most extensive and prolonged global coral bleaching episode to date, and a record increase in tropical Pacific storm activity because of the warm underlying ocean temperatures on which it occurred.

How will ENSO change in the future?

How will precipitation changes shift?

Rainfall extremes will shift eastward along the equator in the Pacific Ocean during El Niño events and westward during extreme La Niña events in a warmer climate. Outside the tropical Pacific, rainfall patterns may not change much, but the rainfall extremes may be more pronounced if extreme El Niños and La Niñas increase in frequency and amplitude.

Will the influence on tropical cyclones change?

Why is it important to consider this issue now?

What is particularly novel about the material presented in your new book?

Understanding ENSO in a changing climate requires a comprehensive knowledge of its dynamics, predictability, teleconnections, and impacts, as well as accurate observations, models, and paleo-reconstructions. These and related topics are covered in the book by 98 leading ENSO researchers in 21 separate chapters. The book is the most comprehensive appraisal of our current understanding of these issues, which we hope will reach a wide audience of researchers, students, and non-specialists in related fields.

What are some of the unresolved questions where additional research, data or modeling is needed?

ENSO is a complex phenomenon operating in a climate system that is highly nonlinear. Each El Niño and La Niña is different; their uniqueness invariably challenges both our understanding of the key mechanisms that give rise to them and our ability to predict them. For instance, the 2015-16 extreme El Niño evolved differently in space and time than the previous extreme El Niños in 1982-83 and 1997-98, highlighting the issue of “ENSO diversity” in which ENSO events come in different flavors. Our short observational record is insufficient to capture the real extent of event diversity which on the other hand is also difficult to simulate by many current state-of-the-art climate models. 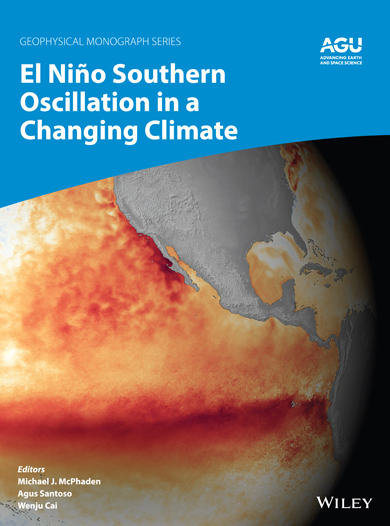 These present real challenges for operational climate forecasting, and for anticipating ENSO impacts in general, especially given the changing background climate. The way forward is to maintain and expand our oceanic and atmospheric observing systems and to enhance the spatio-temporal coverage of ENSO paleo-reconstructions.

In addition, we need to improve the full range of climate models, from conceptual and intermediate-complexity models that facilitate understanding of fundamental physical processes, to high-resolution earth-system models that can represent in rich detail the complex dynamics governing the ENSO cycle and its evolving character in a changing climate.

Determining Dissolved Organic Carbon Flows into the Gulf of Alaska

Taíno Stilt Houses May Have Been an Adaptation to Climate Change