A group of space scientists from around the world gathered in February 2014 at Yosemite National Park for an AGU Chapman Conference on Magnetosphere-Ionosphere Coupling in the Solar System. Some of the participants had been there 40 years earlier for the initial conference on the topic. The presentations and discussions examined four decades in the advancement of knowledge in this interdisciplinary field. A new book, based on papers presented at the conference, was published by the American Geophysical Union in October 2016. One of the Editors, Rick Chappell, answers questions about the book, the embedded videos, and the paradigm-changing research in this field.

What and where are the ionosphere and the magnetosphere, and why are their interactions important?

The ionosphere of the Earth and other planets is an electrically-charged layer at the top of their atmospheres where the Sun’s ultraviolet radiation ionizes the neutral atoms of the atmosphere.  These ions and electrons can then be influenced by electric and magnetic fields which can move them upward to fill the planet’s magnetosphere, a plasma-filled magnetic cavity whose dynamics are controlled by the impinging solar wind.

What is the most important research finding from the last 40 years?

One of the most important developments has been the changing paradigm regarding where the plasma that is trapped in the planet’s magnetosphere comes from—the Sun or the Earth. A half century ago when satellite measurements began, it was thought that the Sun’s plasma in the solar wind gained access to the magnetosphere and filled it from the outside in. However, over the succeeding time period, research is showing that the planet itself can be a strong and perhaps dominant source of the trapped plasma which moves upward from its ionosphere to the magnetosphere, inside out.

What does research in this field tell us about Earth’s space?

Earth’s space is dominated by its magnetic field, the magnetosphere, which reaches outward about 50,000 miles toward the Sun and a million miles away from the Sun with a shape resembling a comet’s tail. The magnetic field and its trapped particles are invisible, but can be measured by satellite instruments. The magnetosphere dynamics are driven by the impinging solar wind and cause phenomena such as the aurora and ionospheric disturbances and can damage many of Earth’s ground and space-based technological systems.

How can this knowledge be applied to other planets and moons in the solar system?

What is particularly exciting about working in this cross-disciplinary field?

Scientific discovery is an exciting adventure that involves working with scientists and engineers with amazing skills across a breadth of knowledge and technology. It is a particularly human endeavor in which individuals attain incredible results driven by their curiosity, determination and dedication. It is the cross-disciplinary activities that drive the understanding of the big picture and which change the paradigms in the overarching fields of space science and of science in general.

What do you think will be the important areas for space science research over the next 40 years?

There is a myriad of opportunity for those who have dedicated their lives to exploration. Within space science, there is the opportunity to advance our understanding of the solar-terrestrial system so that we can create mathematical models which can predict solar changes and their effects on the Earth and its space weather. With the planets there are opportunities to utilize our knowledge of our space backyard at Earth to understand the variety of planetary environments in our solar system including potential human travel to some of the other planets. Outside of our solar system, there are the thrilling possibilities of finding planets around other stars and then to understand the environments of these other extra-solar planets in order to look for life. These are just a few areas of the exciting adventures of exploration that creative people can pursue. There are hundreds of important areas from the smallest structure of the nucleus to the largest expanses of the universe as well as to the understanding of the nature of human life on Earth. 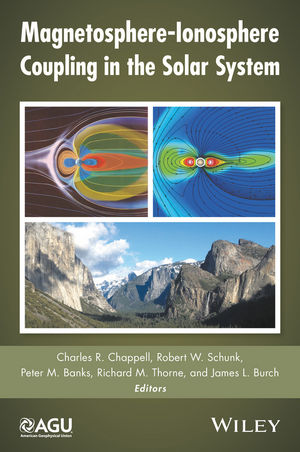 Is there anything particularly special about the way the book is presented?

We have incorporated the personal side of science with the printed results by embedding video links within the monograph. There are video links both to the recent 2014 conference and to the 1974 conference held at the very beginning of this interdisciplinary research activity. In combination, they show the process of science at work, they show the personalities of explorers, and they show how knowledge progresses through the science process. This brings about new ways of thinking not only about different issues of magnetosphere-ionosphere coupling in this case, but also of all fields of science in general.

A Juno Era Model of the Jovian Magnetosphere

Two Moons and a Magnetosphere

The Wobbly Anomaly and Other Magnetic Weirdness

The Wobbly Anomaly and Other Magnetic Weirdness

Scientists Are Primed for Poll Positions