Chemostratigraphy is a comparatively new method for the characterization and interpretation of rock records over different periods of geologic time. A new book, Chemostratigraphy Across Major Chronological Boundaries, recently published by the American Geophysical Union, presents latest applications of chemostratigraphic methods and demonstrates how chemical signatures can decipher past environmental conditions. Here, the editors answer some questions about chemostratigraphy and describe how it can be used to understand the Earth’s past and future.

How does chemostratigraphy differ from, and complement, other stratigraphic methods?

Stratigraphy, in simplest terms, is the study of layers of rock and the processes that created them. The stratigraphic record shows changes in the concentration of certain elements over time caused by fluctuating geological conditions including, but not limited to, tectonic, climatic, redox, oceanographic, biotic, and other processes.

While conventional methods of stratigraphy can identify some of these fluctuations, chemostratigraphy focuses on fine variations in the chemical and isotopic composition of rocks or fossils, thus allowing for a more precise identification of events.

Chemostratigraphy has offered insights where other stratigraphic methods fail or have limitations. For example, the entire subdivision of the Quaternary period is based on oxygen isotope chemostratigraphy. At the other end of the geological record, in the Precambrian, chemostratigraphy is used as a valuable geochronological and correlation tool in strata characterized by a dearth of fossils.

In addition, unlike other methods, the temporal resolution of chemostratigraphy is defined by the sampling interval, which gives a unique edge over all conventional methods.

What are some of the events in Earth’s history that chemostratigraphy has been able to explain?

One example is the causes of mass extinctions. For instance, biostratigraphy (focused on the fossil record found in rock strata) identified the huge Cretaceous-Paleogene boundary extinction, but chemostratigraphy greatly contributed to our understanding of its causes (i.e. asteroid impact versus volcanism), through the identification of heavy-metal enrichments and isotopic shifts in the boundary beds.

What might past geologic events in the chemostratigraphic record be able to tell us about the future?

Rocks are influenced by the environment in which they originated. By definition, any environment can be defined as a set of physical, chemical, and biological conditions. These conditions are all interrelated through the interactions of lithosphere-hydrosphere-atmosphere-biosphere, to which the chemical elements and their isotopes are all sensitive. Hence, through documentation of geochemistry of these geological archives, it is entirely possible to document past environmental variations, such as ocean temperature or ice cap volume, and extrapolate them into the future, enabling the distinction of natural cycles from anthropogenic impacts.

What are some of the major challenges faced by researchers in this field?

Currently, researchers across the world are engaged in documentation of elemental and isotopic variation in stratigraphic successions so that the database can serve as a complement to other stratigraphic methods.

New isotopic systems are being applied and developed every year, demanding new analytical facilities. Furthermore, the meaning of the observed secular variations needs to be understood, presenting researchers with challenges that can only be solved by studying present-day environments and cautiously extrapolating the results to the past.

What are some of the applications of chemostratigraphy?

To date, chemostratigraphy has been used to address geological problems, such as fixation of age, accurate correlation of rocks located in geographically distal regions, identification of climate changes, and hydrocarbon exploration. However, the potential applications are much broader. 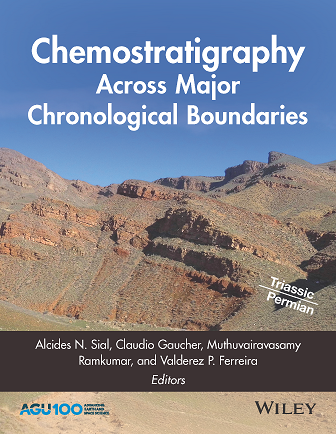 They include identification of exact locations of artifacts of ancient cultures through geochemical fingerprinting, understanding the ancient climatic changes, and the reliable identification of ancient catastrophic events, such as meteorite impacts, major volcanic eruptions, ocean chemistry turnover, and extreme glaciations.

Chemostratigraphy is a fascinating and rapidly-evolving field of geoscience. It will continue to shed light into the deep geological past and allow us to reconstruct, in unmatched detail, sudden, catastrophic events.