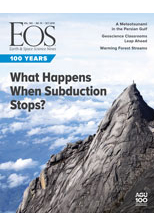 California rolled out an earthquake early warning system on 17 October, the thirtieth anniversary of the Loma Prieta earthquake that injured thousands and killed 63 people in the state in 1989.

The new system hopes to minimize future damage from earthquakes by sending phone alerts to Californians near an earthquake, giving them seconds to prepare before shaking arrives. The system is the latest in a decades-long effort to save lives on the tectonically active West Coast.

California residents can receive alerts in two ways: One is through a free smartphone app called MyShake developed by the University of California, Berkeley that residents can download. The other alert system is through the automated Wireless Emergency Alerts that send public safety alerts for situations like tornadoes, flash floods, and missing children. The wireless emergency alerts do not require users to sign up.

“If everybody’s under a table, we’re going to halve the number of injuries in an earthquake.”
The MyShake app notifies residents of an earthquake of magnitude 4.5 or higher in their area. The wireless notifications will warn people of magnitude 5 quakes or above. A collection of partners, including the U.S. Geological Survey (USGS), California Governor’s Office of Emergency Services, California Institute of Technology, and University of California, Berkeley, designed the system.

Richard Allen, director of the Berkeley Seismological Laboratory, said that early warning systems could save lives, even by just giving a few seconds’ notice for people to take cover.

“If everybody’s under a table, we’re going to halve the number of injuries in an earthquake,” Allen said.

Researchers have worked for nearly 2 decades to bring the system into reality.

Allen first proposed the idea of an early warning system while a postdoctoral scholar in 2001, but several barriers stood in the way. The lack of a comprehensive seismic network in California made it difficult for scientists to identify earthquakes and rule out false alarms. And scientific questions remained, like how researchers could rapidly identify a quake and send alerts to people before the shaking began, often with only seconds to work with.

The new system can calculate an earthquake’s characteristics with just a few tenths of a second’s worth of data.
To answer the first problem, the USGS, California Institute of Technology, and University of California, Berkeley installed highly sensitive seismic sensors around California. Now the state has more than 800 sensors deployed, and the instruments form the backbone of the early warning system called ShakeAlerts. The sensors stream their data in processing centers that use algorithms to characterize incoming earthquakes. When four or more instruments sense an earthquake, the system generates an alert.

Allen said that characterizing the earthquake rapidly posed another challenge. How could scientists use the smallest amount of information possible to accurately pinpoint a quake? The new system can calculate an earthquake’s characteristics with just a few tenths of a second’s worth of data. The trick is monitoring incoming seismic waves from earthquakes called P waves and using their travel time and frequency to determine the quake’s location and magnitude. Done fast enough, the system can issue alerts before the more damaging S waves arrive, which carry most of the quake’s energy and cause the worst shaking.

But detecting the earthquake quickly is only one part of the process. The other, said Allen, is issuing lightning-speed alerts.

If the alerts are sent quickly enough, a resident could receive a warning anywhere between seconds to tens of seconds before shaking begins. The warning could grant people enough time to slow down public transit, discontinue surgeries, open firehouse doors, stop elevators, or drop and cover.

How much warning users receive will depend on how close they are to an earthquake.

People can hear the MyShake warning even if their phones are in their pockets.
“The further you are away from the epicenter, the more warning time you’re going to get,” Allen said. People very near the epicenter may receive warnings once the shaking has already begun.

The wireless alerts can take 10–15 seconds to be delivered, which could eat up the majority of the warning time, a fact Allen called “not ideal.” The app is faster, however, sending alerts within 2–4 seconds, according to preliminary tests. Allen said that app delivery time could slow when the alerts are issued to millions of people and more testing will fine-tune the approach.

The app has another advantage over the wireless system, said Allen. The app automatically sends an audible alert that says the words “Earthquake. Drop, cover, hold on. Shaking expected” using the phone’s speakers. People can hear the MyShake warning even if their phones are in their pockets, whereas wireless alert messages must be read.

Protecting Lives on the West Coast

The West Coast has several tectonically active features, including the Cascadia Subduction Zone and the San Andreas Fault, that have caused massive earthquakes in the past. Fifty million people in California, Oregon, and Washington could be at risk of potentially damaging shaking, according to the USGS.

Plans are currently under way to extend the system into Oregon and Washington, though hundreds more seismic sensors will need to be installed first. Allen said that researchers are also developing a method to use the accelerometers in phones to detect earthquakes, though the method is “very much in research mode at this point.”

The United States isn’t the first to create a publicly available earthquake alert system. Mexico installed an early warning network as early as in 1991, and Japan issues warnings to the general public from a network of over 4,000 sensors. Mexico’s system gave some people 75 seconds notice during an earthquake in 2018, Buzzfeed News reported.

After a year of testing with technical users, said Allen, the alerts are ready for public use.

“We’re rolling out the system now because we really feel like we can do good here. We can provide warnings with the robustness that can reduce injuries and save lives,” Allen said.

Monitoring Seismic Vibrations During a Pandemic