What and where is the magnetosphere?

As shown in the illustration below, Earth’s magnetic field carves out a cavity known as the magnetosphere in the oncoming solar wind plasma. Because the solar wind is flowing at supersonic and superAlfvénic speeds, a “bow shock” stands upstream from this magnetosphere to divert the flow of collisionless plasma around this obstacle.

From research summarized at previous conferences, we know that the solar wind-magnetosphere interaction is generally unsteady. The mass, energy, and momentum briefly captured by the magnetosphere is ultimately returned to the solar wind or deposited within the ionosphere.

What makes the dayside magnetosphere such an interesting region of space to study?

Magnetospheric physics, like other branches of heliophysics, is a research area in which microscale processes can and usually do have global consequences. For example, reconnection on scale lengths corresponding to electron gyroradii can govern the configuration of magnetosphere on scale lengths of many 10s of Earth radii. Kinetic processes in the foreshock generate mesoscale density perturbations that strike the magnetopause.

Teleconnection in the form of field-aligned currents and precipitating charged particles connects transient events at the magnetopause to those in the dayside high-latitude ionosphere along magnetic field lines extending over distances of many Earth radii long.

Bursts of reconnection at the magnetopause generate patches of airglow, field-aligned currents, and precipitating particles that propagate into the polar caps.

What instruments and techniques are used to observe and gather data on the dayside magnetosphere?

Studying the dayside magnetosphere is an international effort. The magnetosphere is large, there are not many heliophysics spacecraft out there, and those that are primarily measure phenomena in their immediate environs. In situ parameters that are readily observed include the DC electric and magnetic field strengths and directions, the distributions of particles that define the plasma density, temperature, and velocity, as well as the radiation environment, and the AC electric and magnetic field wave activity on frequencies ranging from 100s of kHz to a mHz or less.

Fortunately, phenomena in the magnetosphere have counterparts on the ground. Arrays of closely spaced ground-based observatories provide context for isolated spacecraft in the magnetosphere. They help in timing studies that seek to determine causality and to distinguish between spatial and temporal effects. Ground based observers measure magnetic fields, radio waves, and GPS scintillation but also look up to see the aurora and cosmic noise absorption by ionospheric density enhancements. Ground-based radars provide crucial information concerning the motion of ionospheric plasma in response to solar wind and magnetospheric drivers.

What are the remaining gaps in our understanding, and what additional research or data are needed?

Multi-spacecraft missions such as Cluster and MMS have provided the observations needed to decipher phenomena occurring on micro- and meso-scales, such as jets, transients, and boundary layers produced by magnetic reconnection and diffusion, by distinguishing between spatial and temporal effects. Constellations with widely spaced spacecraft like those of the THEMIS/ARTEMIS mission help us understand causality within the magnetosphere by timing events. These missions have provided crucial information concerning the processes that can occur in the magnetosphere.

However, global measurements are required to evaluate the significance of each proposed process. Such global measurements might come from constellations of identically equipped spacecraft, perhaps cubesats (e.g. SNIPE), making in situ measurements as they fly through the magnetosphere. Or they might come from global imagers like the pioneering IMAGE mission or the forthcoming SMILE mission, capable of detecting the X-rays emitted by charge exchange in the magnetosheath, extreme ultraviolet emissions from the plasmasphere, the energetic neutral atoms emitted by the ring current, Thomson-scattered sunlight, or the far ultraviolet emissions produced by the aurora. 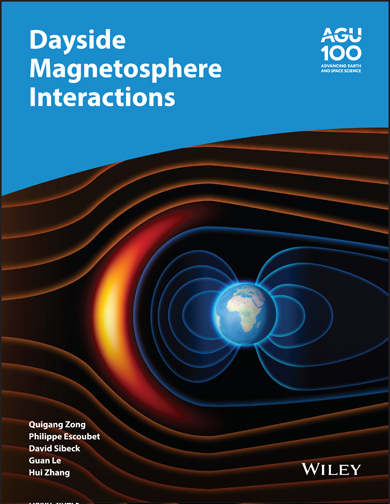 Our book presents a collection of papers on these topics by researchers who attended the 2017 AGU Chapman Conference of the same name in Chengdu, China, as well as other leading magnetospheric researchers who were unable to participate in person. It presents a snapshot of this rapidly developing research area but reveals that we still have so much to learn about the dynamic space surrounding our planet.

How Mars’s Magnetic Field Let Its Atmosphere Slip Away