All human societies across the world depend on water, energy and food. As demand for these resources continues to increase, using them sustainability is a critical concern for scientists and citizens, governments and policy makers. Understanding the interconnections, or “nexus,” between these resources is the subject of a new book entitled Water-Energy-Food Nexus: Principles and Practices just published by the American Geophysical Union. Here, the editors answer some questions about the nexus approach, its potential advantages and the challenges of implementing it.

Access to water, energy and food has always been vital for humankind so why the recent focus on these resources?

In today’s world, water, energy and food are each subject to ever-growing demand. There is also an imbalance between demand and availability in many places leaving millions of people with a shortage of these resources. Climate change is also exacerbating both demand and availability. Factors that threaten access to these resources are of concern to everyone on the planet, from citizens and communities to corporations and countries.

The turbulences in the global economy back in 2008 brought this issue into sharper focus. Although primarily a financial crisis, there was a knock-on effect on water, energy and food resources worldwide. It triggered alarmist projections such as a doubling of energy demand, and a 50 per cent rise in water and food demands by the 2050s.

How are these resources interconnected?

Water, energy and food are intimately interlinked: water is required to produce energy and food, energy is required to produce water and food, while food can be a source of energy. Actions in one sector are likely have impacts on other sectors which can result in conflicts or competition. For example, consider biofuels, which are emerging as an important energy source. Growing crops to use as fuel for energy generation or to power transport requires the use of land and water resources that could otherwise be used to grow food for human consumption.

When did the concept of “nexus” emerge?

The interconnections between water, energy and food were understood as early as the 1970s but the term “nexus” entered the mainstream of policy and development discourse at an international conference held in Bonn, Germany, in 2011 entitled “The Water, Energy and Food Security Nexus: Solutions for the Green Economy,” which was held in the run-up to the UN Conference on Sustainable Development in 2012. The term caught on and is now widely used.

What are the advantages of a nexus approach?

Appreciating the interconnections between resources helps to understand potential synergies and trade-offs. This is important for the management and governance of resources. A more integrated approach to managing water, energy and food systems has the potential to increase resource use efficiency and sustainability.

What are some of the challenges to adopting a nexus approach?

Despite the buzz in global circles, the nexus and the debates around it have been taken up relatively less by national governments. One reason is that the nexus approach is still evolving as a policy and development discourse. It is challenging for a government to set-up a functional nexus bureaucracy and allocate financial resources to restructure existing institutions to suit the nexus approach. Another reason is that major decisions around water, energy and food are not just technical but also highly political and, in many countries, take place without transparency or public participation.

Can the nexus approach help to ensure a sustainable future on Planet Earth? 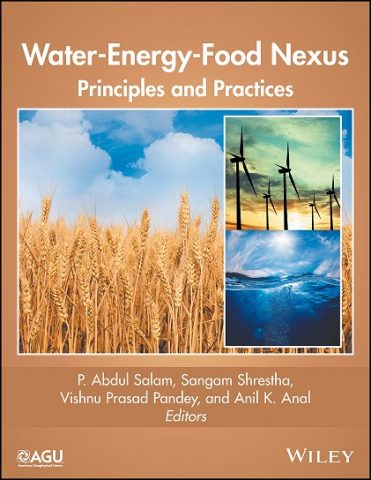 The Sustainable Development Goals (SDGs) are, in the words of the United Nations, “a universal call to action to end poverty, protect the planet and ensure that all people enjoy peace and prosperity.” The nexus has a prominent place in the SDGs. There are targets for each of the nexus sectors explicitly under Goals 2 (Zero Hunger), 6 (Clean Water and Sanitation) and 7 (Affordable and Clean Energy). Due to the interconnection between SDGs, a nexus approach is also relevant for achieving a shift to more sustainable production and consumption patterns (Goal 12), tackling climate change (Goal 13), and ensuring a balance in ecosystem in both on land and water (Goals 14 and 15). The development of robust analytical tools, conceptual models and data sets on the future use of water, energy and food is a vital step for achieving the SDGs.